An Evening With Buddy Guy…

This episode of The Five Count featured an exclusive interview with blues legend Buddy Guy. Buddy has been a staple of the blues scene since the 1950s, and has been cited as a major influence from guitarists like Jimi Hendrix, Jimmy Page, Eric Clapton, and Stevie Ray Vaughan. He’s also a member of the Rock and Roll Hall of Fame. During the show he discussed how he got his first guitar, his early days playing with Muddy Waters and Howlin’ Wolf, and his thoughts on being idolized by guys like Hendrix and SRV. It’s uncanny how his life has almost paralleled Ton’s life! 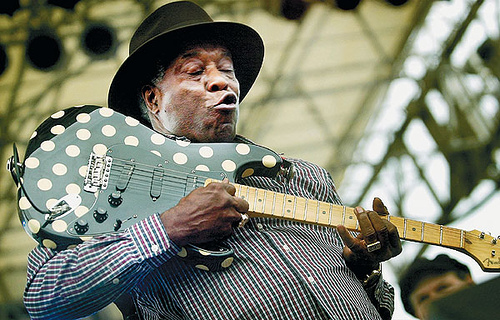