This episode of The Five Count was packed with love and excitement! First of all we were joined for an exclusive interview with Zac Holtzman. Zac is best known as the founder, singer, and guitar player for the band Dengue Fever. Combining Cambodian pop music and lyrics with psychedelic rock, Dengue Fever has been releasing amazing albums since 2001. During the show he discussed the origins of the band, shared stories about playing in Cambodia, and gave us the lowdown on the upcoming album. We also gave away tickets to see Dengue Fever live at The Cedar in Minneapolis.

If that wasn’t enough, we were also joined for a live, in-studio performance by Minneapolis heartthrobs BEAR THE SOUND! They played their new EP HYPNOPOMP in its entirety, shared stories about what it’s like to be Minneapolis’ number one rock ‘n’ roll band, and then left the station in shambles. It was almost too much rock to handle for just one show! 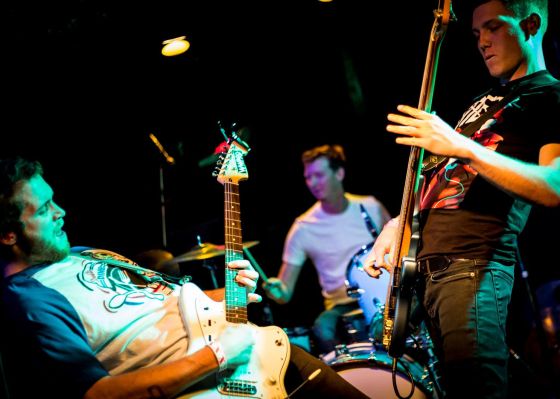