An Evening With The Great Kat…

January 21, 2017 admin Audio Posts, Celebrity Interviews, Musicians 02:01:19 Comments Off on An Evening With The Great Kat…

This installment of The Five Count featured an exclusive interview with The Great Kat. A graduate of Julliard School, The Great Kat is a master of both the guitar and the violin. She’s considered one of the fastest shredders of all time. During the show The Great Kat discussed her new DVD, explained why all other guitarists are morons, and proclaimed that she’s the reincarnation of Beethoven. Worship The Great Kat or die!

During the rest of the show we discussed which superheroes are the best at public speaking, received a phone call from Prince’s ghost, developed a plan to make public radio great again, and announced Ton’s new career as a ventriloquist. Look out, Jeff Dunham! 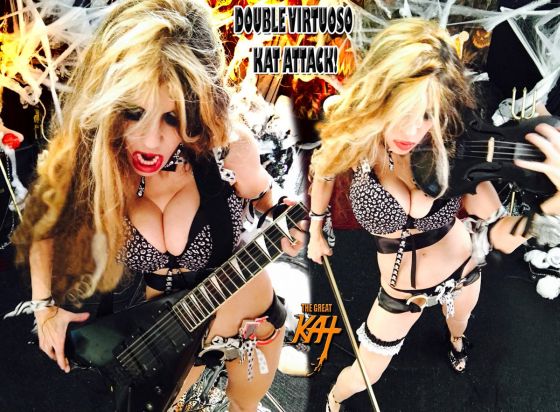