An Evening With The Scorpions’ Rudolf Schenker & Matthias Jabs…

This installment of The Five Count featured exclusive interviews with guitar legends Rudolf Schenker & Matthias Jabs! Rudolf & Matthias are best known as the guitarists for the band The Scorpions. Known for songs like Rock You Like a Hurricane, Big City Nights, No One Like You, and Wind of Change, The Scorpions have sold more than 100 million records during their 50-year career. During the show they discussed the longevity of the band, why The Scorpions aren’t in the Rock and Roll Hall of Fame, and their newest album, Return to Forever. It rocked us like some sort of tropical storm!

During the rest of the show we argued about our favorite Star Trek moments, shared the secrets of Ton’s use of Lawry’s salt to “season” his voice, tried to figure out why people love the show Big Bang Theory, and discussed Ton’s upcoming foray into the world of ballet. We wore tights and bumped bulges in celebration! 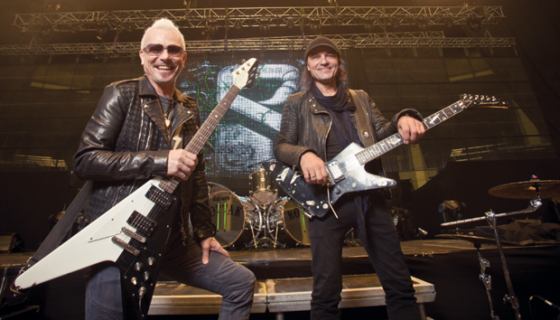