June 26, 2010 admin Audio Posts Comments Off on When Nature Attacks…

This edition of The Five Count was one of those rare instances where Ton went solo. During the show Ton warned the listeners of the dangers of fire ants, broke the news that Dustin was left in traction after a lawn care accident, and explained the intricate process of replacing human body parts with those of barnyard animals. Yes! 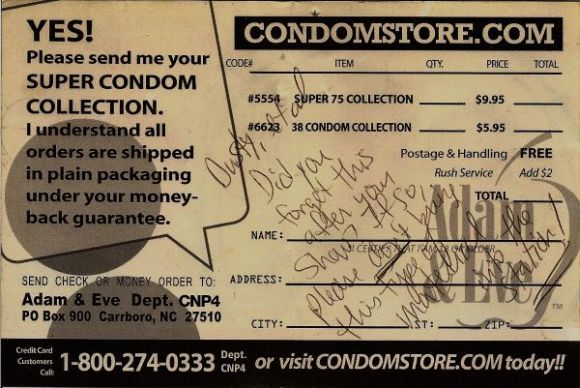 Pictured above is one of the numerous notes left in our mailbox by KMSU management during the great “Get The Five Count Cancelled” Campaign of 2005. It was unsuccessful. (Please Note: This insert was available in MSU’s newspaper during homecoming weekend. There were thousands of them lying around campus, but management found one and immediately assumed we were behind some sort of value-destroying conspiracy. This was just one instance in a series of several hilarious injustices against The Five Count.)