An Evening With Pantera’s Terry Glaze…

This episode of The Five Count was another two-hour masterpiece. During the first hour we played some spooky tunes to gear up for Halloween, put peanut butter and raisins on celery, and Ton discussed his one-time romance with Xena: Warrior Princess. Eat your heart out, Kevin Sorbo!

The second hour of the show featured an exclusive interview with Terry Glaze. Terry is best known as the co-founder and original singer for the band Pantera. Terry appeared on Pantera’s first three albums, Metal Magic, Projects In The Jungle, and I Am The Night. He also performed with the bands Lord Tracy and Raised By Gods. During the show he discussed how Pantera was founded, what it was like during the bands early years, and what projects he’s involved with now. There was more than enough Metal Magic to go around! 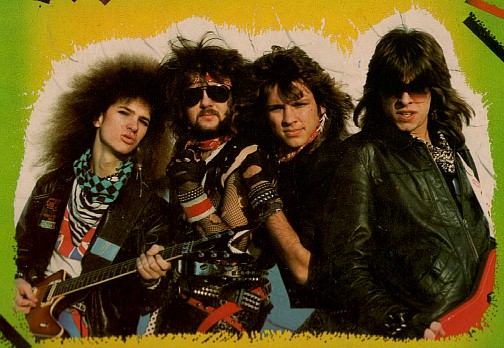