An Evening With Charlotte Stewart…

This installment of The Five Count featured an exclusive interview with actress Charlotte Stewart. Charlotte is best known for her roles as “Miss Beadle” on Little House on the Prairie and “Betty Briggs” on Twin Peaks. She’s also appeared in films like Eraserhead, Human Highway, Tremors, Slums of Beverly Hills, and Speedway with Elvis Presley. During the show she discussed her time on Little House on the Prairie, her memories of filming Human Highway with Neil Young and Devo, and her new book Little House in the Hollywood Hills: A Bad Girl’s Guide to Becoming Miss Beadle, Mary X, and Me. It’s available at bookstores now!

During the rest of the show we yelled at the Minnesota Vikings for making us late to the show, reminisced about the Kiss concert we recently attended, discussed the reasons Ton took a lengthy sabbatical from The Five Count 10 years ago, spoke with the proprietor of Denver Bikram Yoga, and celebrated Ton’s birthday by drinking Ecto Cooler and playing all his favorite dance songs. Happy Birthday Ton! 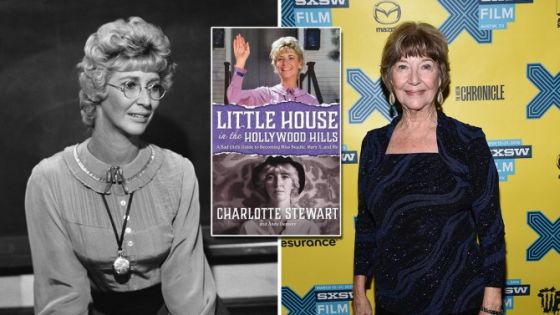