We had another double-bill for this pledge-drive edition of The Five Count! We were joined first by professional wrestler Amazing Kong. In addition to wrestling around the world, Kong has also wrestled as “Awesome Kong” in TNA and “Kharma” in WWE. She’s a former five-time Women’s Champion and is only the third woman to appear in the WWE Royal Rumble. During the show she discussed her days wrestling in Japan, her thoughts on the state of women’s wrestling, and her Good Karma Tracker Kickstarter campaign. She was a lot nicer on the phone than in the ring!

After that we were joined by legendary actor Clint Howard. Clint has appeared in hundreds of films and TV shows spanning a career of more than 50 years. He’s appeared in films like Apollo 13, Rock ‘n’ Roll High School, The Wraith, Ice Cream Man, The Waterboy, and TV shows like Star Trek, Gentle Ben, Seinfeld, and The Andy Griffith Show. During the show he discussed the secrets to his longevity, shared stories about his band The Kempsters, and announced the making of the upcoming film Ice Cream Man 2. It was a happy, happy, happy day! 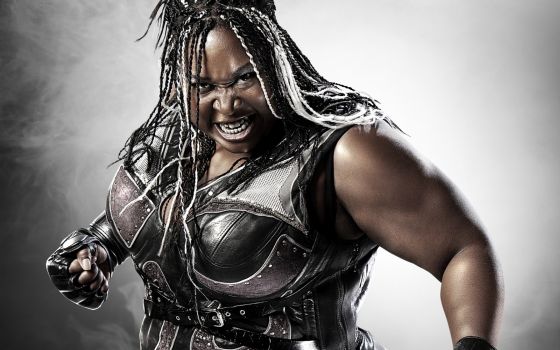