An Evening With Pat “The NES Punk” Contri…

This edition of The Five Count featured an exclusive interview with YouTube sensation Pat Contri. Known as “The NES Punk” to millions of gamers everywhere, Pat is the man behind the YouTube shows Flea Market Madness, The Video Game Years, and Ask Frank! He’s also the host of the Completely Unnecessary Podcast and the author of Ultimate Nintendo: Guide to the NES Library. During the show he discussed how he started his YouTube career, the work that went into his new book, and his thoughts on the video game-collecting market today. Fluffernutter!

During the rest of the show we paid our respects to the late Scott Weiland of Stone Temple Pilots, Ton described the religious experience he had at a King Diamond show, we fielded numerous mailbag questions about Nintendo games, and we started off the the holiday season by playing some rockin’ Christmas tunes. We got sick to our stomachs from all the Nintendo cereal we ate! 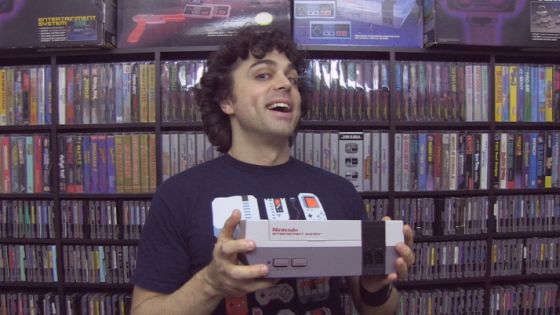