An Evening With The James Brown Orchestra’s Clyde Stubblefield…

This funky episode featured an exclusive interview with “The Funky Drummer” Clyde Stubblefield. Best known for his work with The James Brown Orchestra, Clyde appeared on classics like Cold Sweat, There Was a Time, I Got The Feelin’, Say It Loud – I’m Black and I’m Proud, and Ain’t It Funky Now. He’s also considered one of the world’s most sampled musicians, with his rhythm patterns from the song Funky Drummer being sampled in hundreds of hip hop songs. During the show he discussed how he was hired by James Brown, his relationship with the other drummers in James Brown’s bands, and his impact on hip hop music. The man is a living legend!

The rest of the show featured an in-depth discussion about the recent racist ramblings of Hulk Hogan, Ton’s longtime friendship with NFL Hall of Famer Warren Moon, and more James Brown music than you can shake a licking stick at! We broke out in a cold sweat! 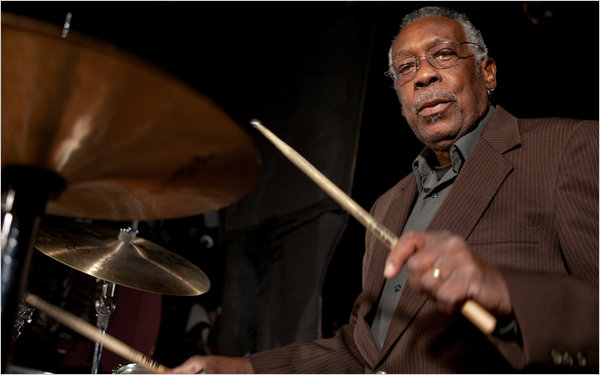