This installment of The Five Count featured exclusive interviews with two legendary drummers and enough drum solos to make you puke! First we were joined by drumming pioneer Carmine Appice. Carmine is best known as the drummer for Vanilla Fudge. He’s also played with the likes of Jeff Beck, Cactus, Rod Stewart, Ted Nugent, Pink Floyd, and Ozzy Osbourne. During the show he discussed his early days with Vanilla Fudge, writing the song Do Ya Think I’m Sexy? with Rod Stewart, why Sharon Osbourne fired him from Ozzy Osbourne’s band, and his relationship with his brother Vinny Appice. Check out their new Drum Wars album now!

We were also joined by drumming superstar Tommy Aldridge. Tommy is best known as the drummer for Whitesnake. He’s also played with the likes of Ozzy Osbourne, Black Oak Arkansas, Gary Moore, Motorhead, and Ted Nugent. During the show he discussed his time on the road with Ozzy Osbourne, his friendship with guitarist Randy Rhoads, and his various stints with Whitesnake. We broke 17 sticks during the show! 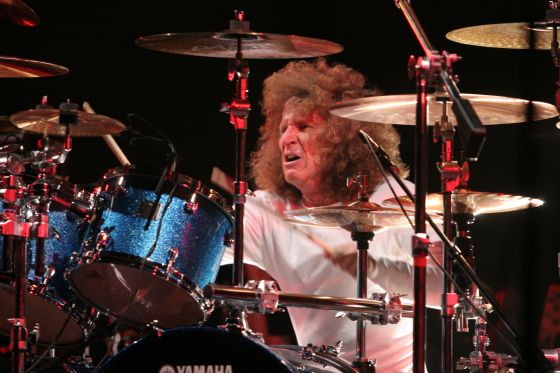