An Evening With WWE’s Xavier Woods…

This installment of The Five Count featured an exclusive interview WWE’s Xavier Woods. Xavier is best known as part of the WWE tag team The New Day. He’s also a former TNA World Tag Team Champion and a current WWE Tag Team Champion. During the show he discussed being part of The New Day, the state of tag team wrestling today, his YouTube channel UpUpDownDown, and why his dream opponent is 2 Cold Scorpio. See Xavier and The New Day at WWE Monday Night Raw on Oct. 24 at Target Center in Minneapolis.

During the rest of the show we spoke with a time traveler on the phone, Dustin discussed his excitement over seeing Vanilla Ice in concert, Ton prepared his last will and testament in case he dies before next week’s show, and we listened to some spooky Halloween stories. We’re you favorite radio hollow weenies! 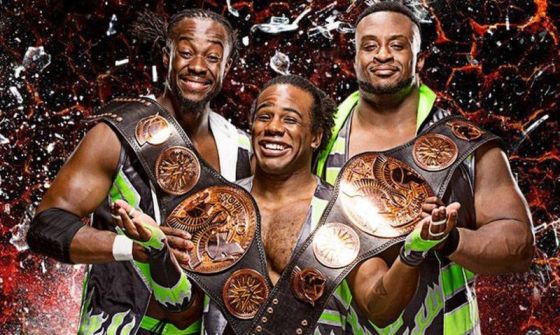